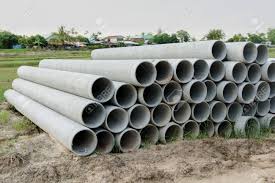 Stakeholders in Ogbomoso have insisted that suspects caught attempting to cart away pipes and other items at the Oyo Water Corporation Dam in Ogbomoso (Water Works), be charged to court.

Alhaji Babalola, a retired AIG of Police, emphasised that the only way out of the logjam was for the suspects, six in number, to be prosecuted, stressing this is imperative despite the explanation put forward by Mr. Alade.

“I have discussed with the DPO and I told him the suspects must be charged to court, and we won’t let the items be evacuated unless there is valid evidence that they had been auctioned”, he stated.

Other members of the panel who stated that they had been alerted to the plan to evacuate the items over two months ago and had consequently set up a security network, condemned the modus operandi of Alade, who claimed to be the state’s auctioneer, while demanding that he apologise.

The meeting was regaled with such sordid tales in the past in which Ogbomoso lost valuable assets, some of which however were foiled.

“In the past, several other items had been removed unauthorised from the waterworks; electrical materials had been evacuated from the abandoned 132kv power sub-station at Temidire; also, Ekuu Water Works at Baaki, the contract of which was awarded by Chief Alao-Akala regime, had suffered similar fate; just as medical equipment had been taken out of the LAUTECH Teaching Hospital and Oyo State Hospital, Sunsun and so on,” recalled Tunde Adegoke.

Alade, in his defence admitted that his procedure was faulty while assuring water supply in Ogbomoso would in the next one and a half months, witness improvement because of some efforts he is putting in place.

According to him, his boys had not come to steal but to remove the items that the state government had auctioned at the waterworks.

The mistake he said he made however was that he failed to hold meetings with stakeholders, as he did elsewhere, saying this was because he saw Ogbomoso as his second home.

“I admit I made operational error due to what I have experienced in other places. But this is because I believed Ogbomoso is my second home. In Ibadan where I hail from, they do describe me as an Ogbomoso person.

“I held several meetings in Saki, Igboho, Kisi and other places before similar things happened. What I am today God used Ogbomoso indigenes to assist me and so I cannot do anything that will harm Ogbomoso.

“What we normally do is that when an item is auctioned in Ogbomoso waterworks as an instance, another place might need it and we will take it there similarly an item auctioned elsewhere can be needed in Ogbomoso and so, will be brought here.

“If I had sat with the people in the community to explain the procedure, this wouldn’t have happened. Our mission is to convert waste to wealth. I told my boys not to go to the dam on Sunday or in the night to evacuate anything, as they were around since Friday. We only evacuate scraps that were auctioned. I promise water supply in Ogbomoso will improve in the next one and a half months. Some boarded items elsewhere will be brought here that will improve supply”, he added.

Notwithstanding his explanation, Rev’d Olaleye demanded that he apologise for his unconscionable action which he obliged, saying, “I thank God my boys were not lynched in view of what is happening in the country and Ogbomoso in particular. I sincerely apologise. All what I said I mean it. I promise Ogbomoso waterworks will work.”

Meanwhile, the meeting agreed that the contractor (names withheld) who handled the waterworks project which he had not completed because of a balance of N5m, should be invited being an Ogbomoso indigene to explain the situation.