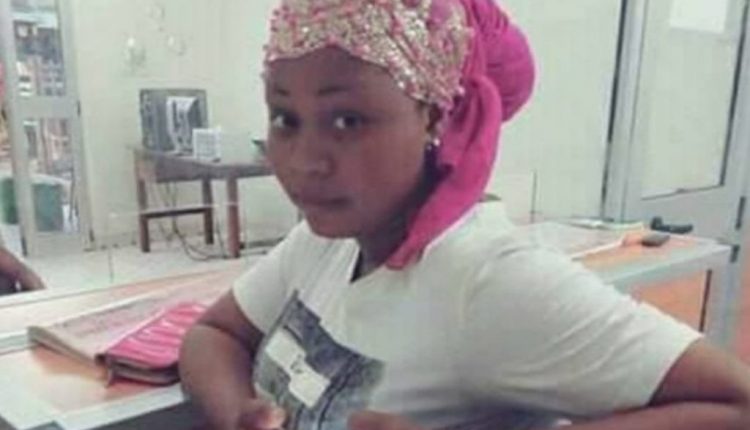 VIDEO: Itunu Babalola Who Died In Cote D’Ivoire After She Was Wrongly Imprisoned, Buried In Ibadan

The remains of Ibadan born Itunu Babalola who died in Cote D’Ivoire after she was wrongly imprisoned over allegation of child trafficking has arrived Ibadan for burial.

According to Bolanle Sarumi, an aide to Oyo State Governor, Engr. Seyi Makinde, the body of Itunu is presently at Sango cemetery to bury her.

The death of Nigerian citizen, Itunu Babalola in prison in Cote D’Ivoire on November 16, 2021, raises more questions on the wholesomeness of the conduct of law enforcement agents in Cote D’Ivoire; as well as the preparedness of Nigerian government and its institutions to guarantee the dignity of life for the average Nigerian. It was an untimely death that could have been avoided, if institutions charged with certain duties were more alive to those duties.

In an editorial comment titled, “A call for Justice for Itunu Babalola”, published on March 28, 2021, The Guardian had called attention to the plight of Itunu and warned on the need to ensure justice and fair play in her case, especially the need for the Nigerian Embassy and officials in both Nigeria and Cote D’Ivoire to save her dignity and life. Sadly, the admonitions were either not taken with the dispatch required, or were bugged down by some circumstances; and now she is dead. Even in death, she deserves justice as a way of finding closure to the untidy judicial process that led to her controversial imprisonment and her subsequent death in custody.

From media accounts of her case, the following facts can be pieced together: Her ordeal started in 2019 while holidaying in Nigeria. She received a call to the effect that her apartment in Cote D’Ivoire had been burgled and she rushed back. A 14-year-old boy was suspected to be the perpetrator of the crime. The boy is the son of her neighbour who apologised and offered to pay compensation to Itunu. Itunu was not pleased with the amount offered and therefore decided to press charges in court to recover her property. She was also persuaded by a Divisional Police Officer (DPO) who disclosed that the accused boy was his nephew and urged her to drop the case against the boy, but Itunu refused. This move irked the police officer. The case took a new turn when Itunu was accused of being involved in child trafficking and was arraigned and sentenced to 10 years imprisonment. In the process of filing her case, Itunu had presented herself as Miss Becky Paul contrary to her known name. This created a loophole against her. She was convicted on the child trafficking case and sentenced to 10 years imprisonment. Meanwhile, the original case of burglary was sidestepped. While in the process of appeal against her conviction, she reportedly fell ill, went into coma and died of complications from diabetes.

Whatever the case against her may be, the procedure for her conviction does not appear to be transparent given the vested interest of the DPO. She had also alleged that she was denied adequate legal representation or even a chance to properly state her case in the French-speaking court.

Given the non-transparent course of her conviction and imprisonment, The Guardian in the referenced editorial, had called for her retrial to ensure justice and fair play for the Nigerian citizen. The question must also be raised about what happened to the 14-year-old boy whose father had owned up to the theft and had apologised to Babalola. Did Itunu receive necessary medical attention during her illness? Was the Nigerian Embassy in Cote D’Ivoire prompt enough to intervene in her case? These are questions begging for answer.

Chairman and Chief Executive Officer of Nigerians in Diaspora Commission, (NIDCOM), Abike Dabiri-Erewa was said to have intervened and even raised money for her appeal process. But the process apparently did not receive the prompt and adequate attention expected of Nigerian Embassy officials. The embassy should still take up the matter and demand why her original complaint against a third party was abandoned while a new and subsequent complaint against her was hurriedly taken up leading to her being jailed.

While this matter puts a question mark on the propriety of the conduct of Ivorian law officers, it is equally important, in order to avoid unpleasant situations of this nature, for Nigerians in the diaspora to conduct themselves properly and avoid situations that may compromise their integrity. It is easier, in such circumstances, for embassy authorities to protect their interests and rights. Nigerians in the diaspora should see themselves as ambassadors of Nigeria and act accordingly, as they are likely to be the first mirror through which citizens of the host country will view Nigeria.

It is reassuring that NIDCOM has waded into the case. Abike Dabiri-Erewa has presented a protest letter to the Ambassador of Cote D’Ivoire to Nigeria, Traore Kalliou demanding full autopsy and investigation. The commission should follow up the petition and prevail on Cote D’Ivoire to take the complaint seriously in the spirit of African brotherhood and the universal dignity of man. It is important that the true picture of the chain of events that led to the death of Itunu be unveiled and real justice done.

Each time an injustice is visited upon any Nigerian outside the country’s shores, it is injustice against Nigeria as a corporate entity. Nigerian officials must be alive to their duty to protect Nigerians always whether inside or outside the shores of this country. It is the raison d’être of their offices. The present inquiry should seek answers to the lingering questions surrounding Itunu’s death, justice for her and appropriate compensation to her family.