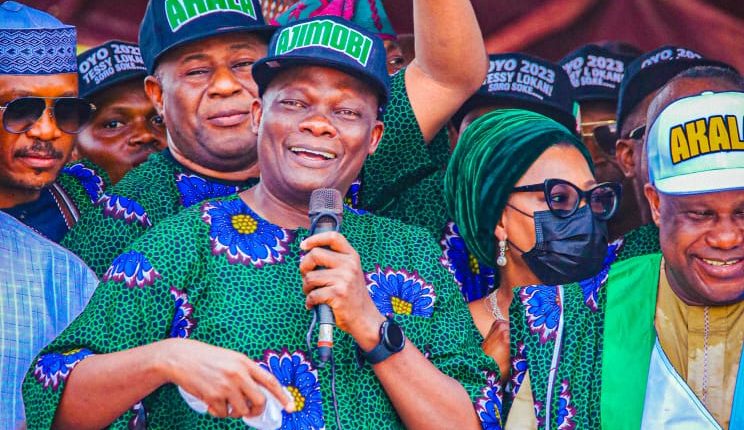 Teslim Folarin, lawmaker representing Oyo central senatorial district, has said that the worst of the 6 governorship aspirants in the All Progressives Congress, APC, is better than Seyi Makinde, governor of Oyo State.

According to Folarin, who made this known when he declared his gubernatorial bid at the state secretariat of the APC in Ibadan, the state capital.

He said, for many months, he refrained from commenting on the activities of Makinde because he wanted to given him an honeymoon.

“All what you can see as tangible things are projects done by Makinde’s predecessor. We are resolute on changing him and he is gone.

“Two weeks ago, I was here and gave a warning to Makinde and Mukaila Lamidi. Since that day, have you seen them repeating the ugly past by beating members of our party?

“We will use every democratic means to get him out of office come 2023. He is even gone,” he said.

At the event were Fatai Buhari (Oyo North), Kola Balogun (Oyo South) who just defected to the APC, 10 out of the 11 APC Reps members from the state; 3 house of assembly members; aspirants and party faithful.