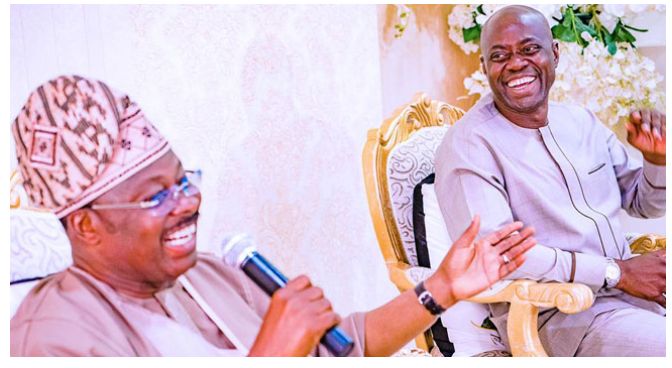 The Commissioner of the Federal Character Commission in Oyo State, Professor Adeniyi Olowofela has written Oyo State Governor, Engineer Seyi Makinde over ascendency to the position of Olubadan.

The erstwhile Commissioner for Education under Ajimobi’s administration explained that the innovation put in place by late Senator Ajimobi is to ensure that Ibadan is not short-changed among the traditional title holders in Yoruba land.

His letter read: “Dear Governor Seyi Makinde, you would have listened to arguments to and fro on acedancy to the position of Oba Olubadan.

Michael Lana fired the first salvo by writing a letter to you and another counter letter by Sobaloju and Co.

The crux of the matter is whether the Otun-Olubadan Chief Lekan Balogun can become the next Oba Olubadan or not.

As a bonafide son of Ibadan, you are aware of acedancy to the throne. Legally and traditionally, you are aware that Ibadan title/ascendancy doesn’t have any controversy.

The Olubadan in Council has met and determined the next Olubadan.

Some people are making allusion to innovation put in place by Senator Ajimobi (may his soul rest in peace). If you look at the document, it didn’t diminish nor confuse any discerning mind on succession pattern of Ibadan Obaship but to ensure that Ibadan is not short-changed among the traditional title holders in Yoruba land.

A careful study by your government will clearly see that your job on this matter is simple.

Stand by legal and traditional way of enthroning Oba Olubadan which is a march from Mogaji and, whoever destiny bestow upon, to rise to the position of Oba Olubadan of Ibadan Land.

Business of governance is not only tasking, but it is cumbersome and energy sapping.

Don’t allow anybody or group of people distract you on matter that is clear and simple.

Use the instrumentality of Government to affirm the submission of Olubadan-in-Council and confirm the Otun- Olubadan, Chief Lekan Balogun as the next Oba Olubadan of Ibadan Land.

Many thanks and God bless you.