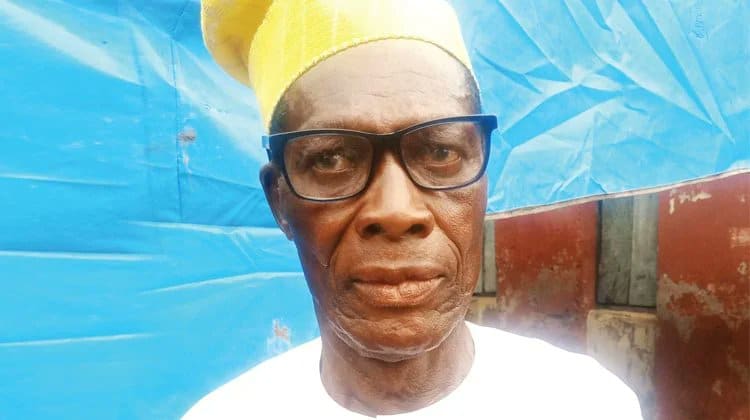 The Mogaji of the Owoade Ruling Family in Oyo, Prince Adediwura Owoade, tells OLUFEMI OLANIYI that the family has been cheated for long in the selection of Alaafin and the members are ready to fight to the finish this time.

The Alaafin of Oyo, Oba Lamidi Adeyemi III, recently joined his ancestors. How long will it take to mourn him before the process of selecting a new one will begin?

The period of mourning used to be 41 days in the olden days. By that time, the wives of the departed Alaafin would have completed the mourning rites and they would leave the palace.

If they leave the palace at the end of the 41 days of mourning, will they go to their houses or where will they go?

The choice is for them to make whether to be inherited by the new Oba or they will go to their various houses. If they want to stay, they will be taken over by the new Oba.

So, they can be allowed to go and re-marry?

They can go and re-marry elsewhere.

Do they need to undergo any spiritual cleansing if they choose to remarry outside the palace?

That is left to be decided by the traditionalists. I can’t say much about that. They know what to do.

How many ruling houses are eligible to fill the vacant stool of the Alaafin?

But are the princes from Alowolodu Ruling House also eligible to contest this time round?

Despite that the last Oba came from the ruling house?

So many had ascended the Alaafin throne and you are saying there are just two ruling houses. How come they are not more than two?

Many of those you are referring to reigned before this present Oyo came into existence. This present Oyo is Oyo Atiba. Atiba reigned from 1837-1859. Alaafin Adelu from the Agunloye Ruling House from 1859 to 1875; Alaafin Adeyemi I (Alowolodu Ruling House) reigned from 1876-1905. After that, there came Lawani Agogo Ija ( Agunloye). Lawani ascended the throne in 1905 and died in 1911. After Lawani, his son, Ladigbolu, came in as the next Alaafin (1911-1944). After the departure of Ladigbolu I, Adeniran Adeyemi II came in (1945-1955) and was the father of the immediate past Alaafin. After him came Bello Gbadegesin, a son of Ladigbolu from 1956-1968, and after him, Oba Lamidi Adeyemi III came.

So, where does the Owoade Ruling Family come in?

Lawani had three children before he ascended the throne and they were Ladigbolu, Owoade and Rabi, the only female child. The three were given birth to by Awero. I have shown you her grave. Those were the children born by Awero to Lawani. Owoade and Rabi lived together when their brother was on the throne. Owoade built this house where we are for their mother, because they could not live with their brother, who was reigning as the Alaafin in the palace.

As you said now, Ladigbolu reigned first but when another opportunity came to the Agunloye Ruling Family to produce another Alaafin, why did Bello Gbadegesin, who was Ladigbolu’s son ascend the throne and not someone from the Owoade family?

Bello Gbadegesin’s emergence had political undertones. It was during a political time. When Ladigbolu became the king, he made his brother the Aremo, although his son was supposed to be the Aremo.