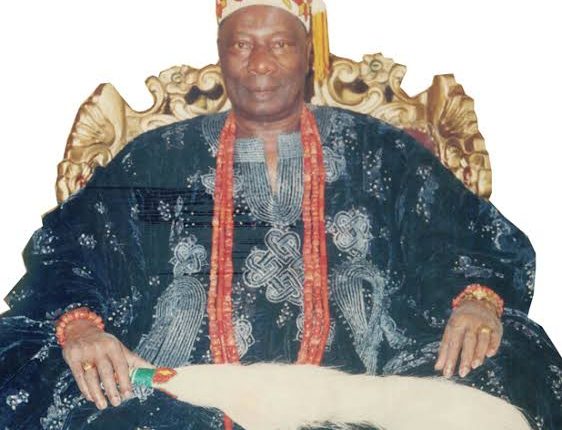 No Protester Died in my Palace, They Brought in Dead People to Cause Mayhem—Soun of Ogbomosho Denies

Soun of Ogbomosho, Oba Oladunni Oyewumi has reacted to the fake news disseminated on the Social media that some #EndSARS protesters were killed by security personnel in his Palace on Monday.

In a statement signed by his principal secretary, Mr. Toyin Ajamu, the monarch claimed that the dead bodies saw on the news media were brought into the palace to cause mayhem and deceive the people that they were killed by Police Force at the palace.

The monarch however pleaded with the masses to disregard the misleading information.

The statement in full; “The attention of the Palace of Soun of Ogbomosoland, Oba Oladunni Oyewumi Ajagungbade III, JP, CON, CFR has been drawn to various false and misleading reports in the Vanguard newspaper (online) and other media platforms that three protesters were feared dead during an attack on Ogbomoso Palace on Sunday, October 11, 2020.”

“The attack was perpetrated by hoodlums and miscreants, disguised as protesters against the Special Anti-Robbery Squad (SARS) leading to the wanton destruction of properties and vehicles at the palace. A chief among other palace officials, also sustained injuries.
Contrary to fake news being disseminated on social media, we state categorically that despite the needless provocations and ill-treatment meted out to the Royal household during the violent attack on the Palace, the Paramount ruler and his household did not retaliate.”

“Kabiyesi, who was with his chiefs and subjects including Minister of Youth and Sports Development (an indigene of Ogbomoso), when the hoodlums invaded the palace, advised the palace staff to refrain from attacking the hoodlums.”

“Hence, none of the miscreants and thugs was attacked by the palace household but rather a chief, who was pelted with stones by the hoodlums sustained serious injuries.”

“The dead bodies being circulated on social media were brought into the palace by the hoodlums to cause confusion and justify the attack on the palace.”

“The Nonagenarian Paramount ruler is a strong advocate of peace and unity, which is evident in the robust development Ogbomosoland and its environs have witnessed over the forty-seven years of his reign.”

“We are by this medium, advising the general public to disregard the fake news and media being circulated that some persons were feared dead in the Palace during the unwarranted attack.”

“The Palace hereby admonishes media practitioners to get their facts right when reporting sensitive issues such as this ugly incident.”

“We also implore appropriate authorities to investigate the sad incident in a bid to bring the perpetrators of the attack to book and avert a recurrence.”

“We equally call for the full investigation into circumstances that led to the death of Jimoh Isiaka, an Ogbomoso indigene alongside others injured during the peaceful protest on Saturday, October 10, 2020.”

“Recall, Kabiyesi, a strong advocate of peace, whose Palace is open to all and sundry, had on Saturday, October 10, 2020, addressed the legitimate protesters, who were on a peaceful protest to the Palace, to be law-abiding and steadfast.”

“The Palace appreciates all well-wishers who have through various media, sent their wishes, prayers and support for Kabiyesi’s wellbeing following this unfortunate incident.”