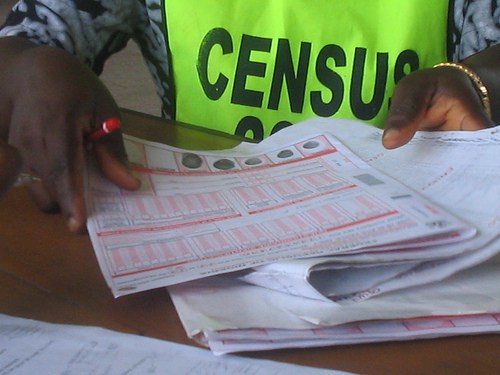 The government of Oyo State has pledged its support for the trial census ahead of the upcoming 2023 Population and Housing counting to be done by the National Population Commission (NPC).

The pledge was made on Wednesday by the Commissioner for Local Government and Chieftaincy Matters, Honourable Bayo Lawal, at the flag-off of a training workshop for field functionaries at the state level.

The ceremony was held at the NPC state office in Ibadan.

Further in his remarks at the event, the commissioner appealed to local government chairmen to give due publicity to the trial census by ensuring that they create awareness for enumerators’ presence in their grassroots areas, as well as their functions so that the residents would welcome them without any resistance.

On security, which he said was a huge challenge in the country, Lawal said that security agencies in the state would be put to task while he assured the enumerators of optimal safety with the use of Amotekun, Operation Burst and civil defence operatives.

While noting the difficulties likely to emanate from accessing the rural areas, particularly riverine places in the rainy season, in terms of logistics, he urged the local government chairmen to do their best because the exercise being carried out would be for the benefit of the all-state indigenes and residents.

“We know the importance of population. Without it how can we plan? And without planning, we cannot achieve anything in terms of social welfare and establishment of infrastructural facilities, among other things,” the commissioner stated.

In his opening remarks, the Honourable Federal Commissioner of NOC in Oyo State, Dr Eyitayo Oyetunji, said that the trial census, popularly called census dress rehearsal, is one of the activities preceding the main population counting, in which all census operations are tested in a detailed and comprehensive way.

According to Dr Oyetunji, the exercise would be used to test all phases of the main census, “from planning to recruitment, logistics arrangement and management, questionnaire design and format, training procedures, fieldwork operations, publicity, payment system and data processing, tabulations and analysis.”

Those from the Oyo South Senatorial zone are Odo Ona Elewe in Oluyole, Omi Adio in Ido and Ayete in Ibarapa Local Government Areas.

Those in the Oyo North Senatorial zone are Budo Mukaila in Atisbo, Iwere-Ile in Iwajowa and Otu in Itesiwaju local government areas.

“In all these areas, we are going to text our questionnaires and logistics. We even look at the functionaries; what kind of qualifications do we need? So that during the census, we will not assume that we have enough hands and then get disappointed,” the Federal Commissioner said.

He spoke on the areas of concern which included the availability of electricity which is needed to use pads and tablets, and the remote areas where the available network that could be relied on for internet connection is that of Benin Republic, especially in Atisbo Local Government.

He said: “Those are challenges that are completely beyond us but we are testing to see what it would look like to be prepared for the actual census.”

On behalf of the state governor, Mr Lawal thereafter flagged off the workshop.