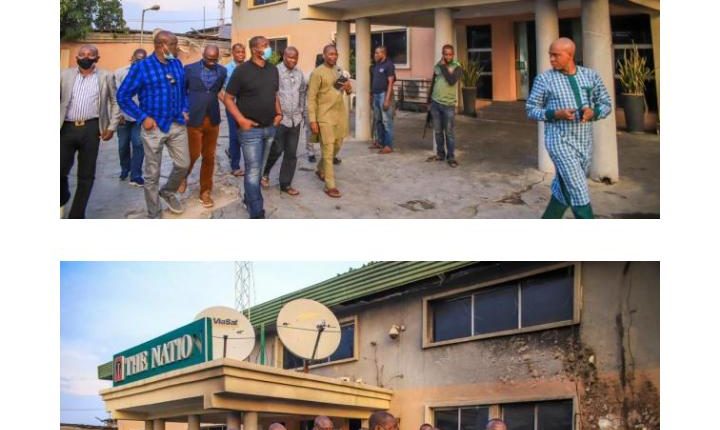 Minister of youth and sports development, Mr. Sunday Dare, has visited the headquarters of the Television Continental, TVC, and The Nation newspaper following the attack launched by angry youths as the aftermath of unjust killing of innocent #EndSARS protests by Military Officers.

Mr. Dare during his 3-day visit to the vandalised areas in Lagos State, condemned the attack and described it as a major set back for the Nigeria media

Dare disclosed, “This is a big set back for the Nigeria media,”.