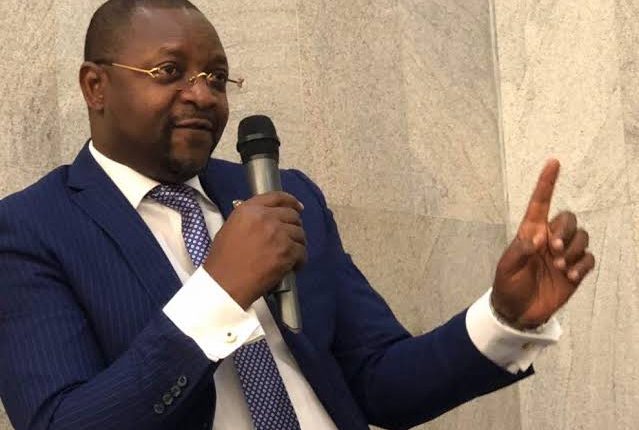 The Minister of Youth and Sports Development, Mr. Sunday Dare, has called for a full investigation into the killing of a youth during the “EndSARS” protest in Ogbomoso, Oyo State on Saturday.

Dare described the death of Isiaka Jimoh, an Ogbomoso indigene, alongside a few injured youths during the protest as sad and regrettable.

The minister, in a statement issued by his Special Adviser, Media, Mr. John Joshua-Akanji on Sunday in Abuja, stressed the need to bring to justice, all those responsible for the death of the protesting youth.

The minister, who spoke with Isiaka’s mother, commiserated with her and the entire family, promising that those responsible would be made to face the full wrath of the law for their despicable action.
He promised to visit the family of the deceased shortly.

The News Agency of Nigeria (NAN) reports that one of the injured students, Oluwadamilare Gbolohunmi, was also said to have received a call from the minister while receiving treatment at the hospital.

The minister pledged to ensure his safety as well as the payment of his medical bill before being discharged from the hospital.

“The past few days have been troubling. The demands of the youth for an end to SARS and police brutality must be taken seriously.

“Protests are not, in themselves, unlawful but they must be done in a peaceful manner and not allowed to be hijacked by hoodlums.

“Government is committed to a revamp of the system and must be given a chance to do this,” the minister said.

Dare said that the Federal Government was working with relevant stakeholders to reform the police, in line with international best practice.

“There is a renewed commitment at the highest level of government to institute far-reaching reforms that will see a better era of policing.

“Our youths are our greatest resources and we must protect them, and not waste them,” Dare said.

He said that plans were underway for further meetings in Abuja during the week as well as consultations with youth groups towards the start of a dialogue process.

NAN reports that Gov. Seyi Makinde of Oyo State had also condemned the shooting by the police during the protest.

NAN also reports that President Muhammadu Buhari had, on Friday, met with the Inspector-General of Police, Adamu Mohammed, with a pledge to ensure reforms in the police.

Thousands of protesters, mostly youths, across the country have been demanding an end to police brutality and the scrapping of SARS, owing to the alleged brutality of its men.