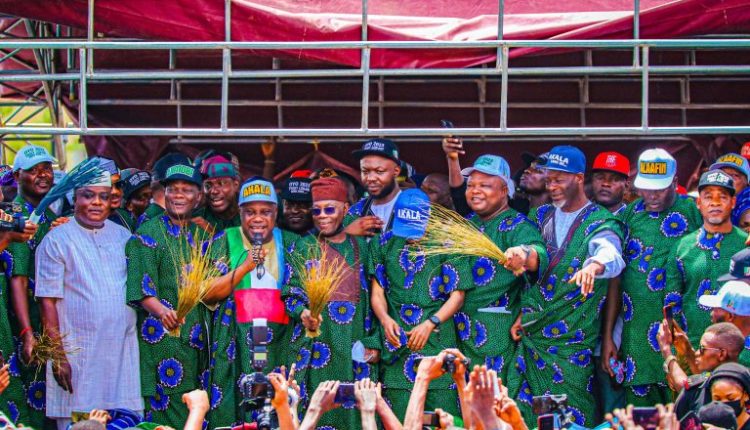 Balogun, who is the younger brother of Oba Lekan Balogun, revealed this during his defection to the All Progressives Congress, APC, from the Peoples Democratic Party, PDP.

He alleged that hoodlums have taken over the state, maiming and killing recklessly and unchecked, especially in the Ibadan metropolis.
According to him, insecurity is now the order of the day in the state as a week has never gone without criminals attacking people or snatching motorcycles in the area.

Makinde, he added, has refused to take security as a priority.
“Insecurity is now the order of the in our state, this is to show that we don’t have a competent government in power. I live close to the government house and I can tell you that almost every week, there is always a report that either someone gets killed or robbers hijacked a motorcycle.

“Just a few days ago, three people were killed at Aliiwo, the compound of the Olubadan of Ibadan which shows that the insecurity knows no bound,” he added.

He also alleged that the governor’s Light-up Oyo Project is fraudulent and set up to serve the personal interest of some few individuals in the state.

“They claimed they are lighting up Oyo State with streetlights. Ask them, whose company is selling the diesel they use to power the generator they use to run the streetlight. They are just serving their personal interests,” he said.
He described his defection from the PDP to the main opposition party in the state as a journey back home.

He said he did not defect to the APC but “came back home” and appreciated President Muhammadu Buhari, the APC national leadership, the state chairman of the party, Mr Isaac Omodewu and other party executives and leaders for accepting him back to the APC fold.

“I didn’t decamp into the APC. Rather, I came back home. I went to the PDP on sabbatical,” the senator representing Oyo South Senatorial District said on his speech.

Speaking on his sojourn in the PDP, Balogun said he helped to secure victory for the party in 2019, when its ticket was not attractive to anybody.

“The senatorial ticket the Oyo PDP gave to me was fake, ‘gude’. Everyone else they gave it to rejected it. I accepted and secured victory for the party. Now they are making a useless case out of it,” he said.

Balogun was joined in the defection by several members and of his political team, the MKB Gladiators, and supporters in his former party to the APC.