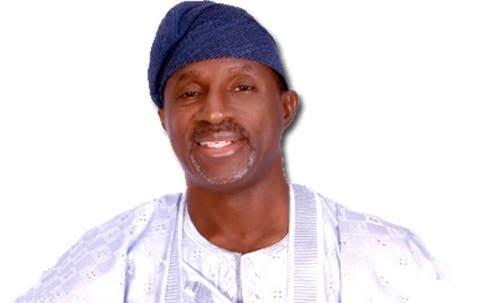 A former Senator and 2019 governorship candidate of the African Democratic Congress (ADC) in Oyo State, Senator Olufemi Lanlehin, has charged a group of 10 opposition parties in Ondo State not to look in the direction of the candidate of the Peoples Democratic Party (PDP) in their quest to adopt a consensus candidate for the October 10 governorship election in the state.

Lanlehin, in a statement made available to newsmen in Ibadan, said the conference of Ondo opposition parties would regret their action should they endorse PDP’s Eyitayo Jegede, warning them that any agreement between them and the PDP would not be honoured.

Rather than endorse Jegede, Lanlehin tasked the opposition parties to give their support to Governor Rotimi Akeredolu whom he said he had known for decades as a man who honours agreement and is not deceitful.

Lanlehin and other governorship candidates withdrew from the 2019 governorship race in Oyo State to support the PDP’s candidate, Mr Seyi Makinde, to win the election by a wide margin in a big coalition birthed a few days to the election.

The coalition with the Makinde has since broken down irretrievably on account on non-fulfillment of pre-election agreement reached with the PDP candidate. The former Senator has since left the ADC for the All Progressives Congress (APC).
“I urge the opposition parties in Ondo State not to give their support to PDP’s candidate in next Saturday’s election. Be guided by our experience in Oyo State where we supported the PDP’s candidate to win, only for him to dishonour our agreement.

“A gentleman’s word should be his bond goes a saying. But it seems to me that it is in the DNA of PDP to be duplicitous and honour is alien to the party and its candidates. In Oyo State in 2019, we supported the PDP’s candidate to win and pre-election agreement was reached to that effect. Right from when he was governor-elect, he started showing signs that he would discard the agreement and eventually did on assumption of office without his conscience pricking him.

“The PDP man who did not honour agreement is the chairman of the PDP candidate’s campaign council in Ondo and they are very close. What will then be the difference between six and half a dozen?

“Let the Ondo opposition leaders give their honour to who deserves it in the person of Governor Rotimi Akeredolu of the All Progressives Congress (APC). As a senior lawyer of many years standing, he has been very frank and above board in his social contract with the people of Ondo State in terms of what he can do and what he will not be able to do. Such a man deserves another term.

“APC is at the centre and there are many gains for the Sunshine State if APC continues to govern it. These gains are in addition to the massive infrastructural development of the state which began in almost four years now and will surely continue under Akeredolu,” he said.

He also charged the people of the state to eschew violence as they file out to vote on Saturday, stressing that violence is an ill wind that blows no one any good.

Will History Repeat Itself As Dirts Take Over Ibadan?—St Williams F.

APC CRISIS: Alao Akala Deserve The Leadership Role Than Any other Person—Sunday Dare