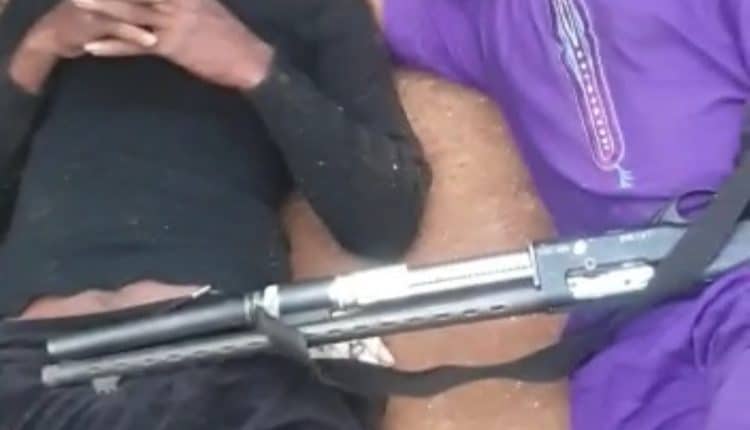 This medium learnt that the incidence occurred at about 2 a.m, as four men armed with pump action and other dangerous weapons intruded his home.

It was gathered that Fryo would have fallen to the gunshots when the assassins held his family at gun point but He managed to disarm them.

Though, two escaped, two were equally arrested and confessed to the act, saying that they came from Ibadan and Ilesha.

They were silent on the personality who sponsored them on the evil mission.

However, the culprits have been handed over to the DPO, Dada Police Station, for preliminary investigation and onward handover to the State Criminal Investigation Department (SCID).

Watch the video Below